Skip to main content
Special Offer
Get TWO free treatments
with the purchase of this package!
Redeem Offer

Our Most Popular Lawn Care Package

Our TLC Plus package takes your lawn to the next level with the addition of liquid aeration! Starting with a soil test, our team of trained lawn care technicians will diagnose exactly what your lawn needs and will provide a treatment plan tailored to those results. No two lawns are the same, so give your lawn a little TLC!

Throughout the year, your lawn becomes compacted from regular use. As this happens, a layer of thatch develops that is made up of a tightly bound layer of dead grass and roots that have built up at the base of your living grass. This thick layer blocks essential elements such as nutrients, water, and oxygen from reaching the roots which prevent your grass from growing. This thick layer also prevents new seeds from taking root in your soil.

Even well-maintained lawns can have bare spots and identifying the cause is an important part of the repair process. Pets, disease, foot traffic, insects, chemical spills, drought and smothering as a result of leaving an object on the grass are common causes of bare spots.

Before attempting to fix these areas you need to consider the causes and try to correct them if possible. For example, if a bare area is occurring because of or foot traffic install a path. If the bare areas are caused by disease or insect infestation, they must be treated and controlled before attempting to grow new grass. The soil from areas affected by pet urine or a chemical burn must be removed and replaced before growing new grass.

After identifying why you have bare areas and correcting them, you can attempt to grow new grass in these areas by raking the bare dirt to loosen, spreading seed according to the instructions and working it lightly into the soil.

For long term results, aeration and seeding is the most effective way to rejuvenate bare areas in your lawn. Our double pass aeration and seeding process using a blue tag certified and 100% weed-free seed blend, is one of the best in the industry. After finding the cause of the bare area and correcting it, you should be able to maintain a healthy lawn after new grass grows with proper maintenance.

It is always recommended to call in an expert to assist in identifying the root cause of the issue, but also to help create a customized plan tailored to your lawn. Long term, this will save you money, resources and time.

Brown spots could be the result of a multitude of issues. These patches could be caused by disease, pet urine or insects, chemical burns (such as gasoline, paint thinner and bleach), drought stress or a watering issue. To fix this issue and prevent it in the future, it is important to identify the culprit.

Here are some common causes of brown spots in a lawn and a solution:

Mowing practices: Solution: Dull mower blades can tear your grass causing damage to the grass blades
Scalping: by cutting your grass too short. Solution: Sharpen your mower blades in the spring and fall, and cut your grass to no shorter than 3 ½ - 4 ½ inches. Link to lawn care tips/mowing practices
Chemicals: such as gasoline, fertilizer and even insect repellent can cause dead areas in your lawn. Solution: Use chemicals and fuels on your driveway as opposed to in your lawn. If spilled accidentally on your lawn, the soil will need to be removed for new grass to thrive.
Animal Urine: can cause your lawn to turn yellow in areas. Animal urine (especially dogs) is naturally high in nitrogen which will burn your lawn in the same way that improper use of store-bought fertilizer can. Solution: Designate an area of your lawn for your pets to use the restroom. If an animal does urinate in another area you can water this area to help dilute the nitrogen found in their urine.
Poor Soil Conditions: Soil that is compacted or lacking nutrients can cause dead areas of grass. The quality of your soil can vary from one area of your lawn to another, so it is not uncommon to have grass that is thriving in one area and dead grass in another area. Solution: Test to see if your soil is compacted by taking a screwdriver and pushing it into the soil. If it doesn’t go easily, your soil is likely compacted. Aeration and overseeding (link to aeration and seeding) can help with loosening your soil allowing new grass growth. You can also conduct a  soil test to help determine what nutrients your lawn is lacking.
Disease: Common lawn diseases, such as brown patch, can cause an area of your lawn to die. Solution: Practice proper watering and mowing practices and have the diseased area tested to determine what method will eradicate the disease and stop it from spreading. Ideally, this would need to be treated by a lawn care professional to help not only eliminate the issue but prevent it from happening again.
Pests: Common lawn pests can cause dead patches in your lawn. Solution: After treating the specific pest you are dealing with, you should be able to reseed the affected area.

Once your lawn has been properly treated, it should start restoring itself after being reseeded. For long term results, aeration and seeding can help to rejuvenate these areas fairly quickly. If you have any questions, you can call us at or by filling out this form.

Steps to Prevent Them

Weeds are an unwelcome sight for any homeowner. As they spread, they are also competing for the same sunlight and nutrients that your grass needs causing your lawn to become stressed. The overpowering, nutrient-depleting nature of weeds is what makes them an enemy of any lawn. We prevent the initial growth of weeds with pre-emergent treatments and manage existing problems with targeted, customized control.

Our lawn care programs not only help rid your lawn of weeds but helps to prevent future problems. Improper mowing and watering practices, not fertilizing correctly and poor soil conditions all contribute to the decline of healthy grass allowing weeds to thrive. With our fertilization and weed control services, you’ll be able to get rid of the most common weeds in North Carolina.

Crabgrass is an annual weed that germinates during spring and summer. A single crabgrass plant can produce 150,000 seeds during the growing season so it can be very difficult to control. Left untreated, crabgrass will take over an entire lawn killing off the existing turf and causing issues with erosion in the winter when it dies off. Although this pesky weed is very difficult to control once it has germinated, specialized products can be used to help eliminate it.

Nutsedge is known for sticking out like a sore thumb by growing very quickly and much taller than the average grass. Nutsedge is easy to identify by its triangular-shaped blades that are often bright green.  This weed is difficult to control because it is a type of grass and common weed control products may not work. It cannot be prevented with pre-emergent and has to be treated once emerged with a specialized product.

These little yellow weeds are very common and seem to be present in nearly every lawn in North Carolina. Dandelions are a perennial weed that spreads seeds prolifically. The flowers of the dandelion are bright yellow and later dry to become the familiar white balls of fluff that easily blow in the wind. A single plant can spread seeds over hundreds of yards. Pre-emergents used in late winter or early spring will prevent dandelions from emerging. The best way to eliminate dandelions by maintaining a thick, lush lawn.

Most lawns have clover present in them. Although there are many varieties of clover, all have three round leaflets sitting on the end of a long stalk. The weeds will also have round white or pink flowers on them. The presence of this weed  is a good indicator that your soil is lacking in nitrogen...since it produces its own nitrogen will thrive in lawns that are under-nourished.

Chickweed is a very common weed and is fairly easy to recognize...if you look very closely you will discover that there are five petals on each of the flowers. Each petal has a very deep lobe and it makes it look like the chickweed flower has ten petals. It has a very shallow root system and will pull up rather easily. This is considered a winter weed and will die on its own when temperatures warm up in the spring. Since traditional weed control products do not work as well in cold months, it is best to let this weed die on its own and will disappear after the first few mowings of the year.

Thistle is a perennial weed that has sharp, prickly leaves (sometimes with lilac-pink flowers). This weed spreads rapidly through its aggressive root system and ability to scatter thousands of seeds during a short period of time.

What’s Included In Your Package?

Get even more with extras

Our Mosquito Control service involves recurring treatments for your home throughout the year, reducing the mosquito population before it gets the chance to breed again. By bundling mosquito control with your lawn care service, you’ll not only have a beautiful lawn, but will have a more relaxing time enjoying it.

What else do I need to know?

What is Liquid Aeration?

Liquid aeration is an organic treatment process that, over time, allows water and other nutrients to better penetrate your lawn while decreasing thatch buildup on your lawn. From everyday use, like a dog running on your lawn or a lawnmower driving over the soil, soil can become hard and compacted. Compacted soil makes it hard for water and nutrients to work their way into the soil, and roots have a hard time growing deeper. Liquid aeration fixes this. All soil types can become compacted, and yearly aeration services are often recommended. Our team of lawn care professionals in Cary will analyze the condition of your soil and make suggestions on whether or not aeration services is something you should consider.

With Our First Company, Triangle Pest Control, we built a reputation for having the best technicians in the area. We prioritize training and maintaining the highest-certified professionals so that our services are top-notch. Triangle Lawn Care is no different. We knew that Wake County had a shortage of high-quality lawn care companies, and wanted to do something to fix. We can already protect your home, but now we want to help make it a beautiful place to spend your time.

You’ve got a busy life and more important things to worry about than your lawn care. We want your experience with us to be as easy, straightforward, and satisfying as possible: green and easy is our motto. In fact, we’re so dedicated to making your lawn service the best around that we guarantee it. If you have any issues between treatments, just let us know and we’ll be back to set it right. With us, you’ll never have to worry about your lawn again.

Locally owned and operated, the lawn experts at Triangle Lawn Care understand the soil and weather conditions that make your lawn so unique. We're proud to offer the highest quality of lawn service to our friends and neighbors in Apex, Cary, and Holly Springs

What are people saying about Us?

As always the technicians are thorough and take their time. Prices are in line or cheaper than other companies.

Get your free estimate Today! 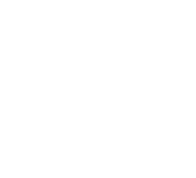